It was a full day of driving yesterday through a desolate landscape. Sadie soaked up the morning sunshine for our last morning in Escondido. The light really brought out the orange in her fur. 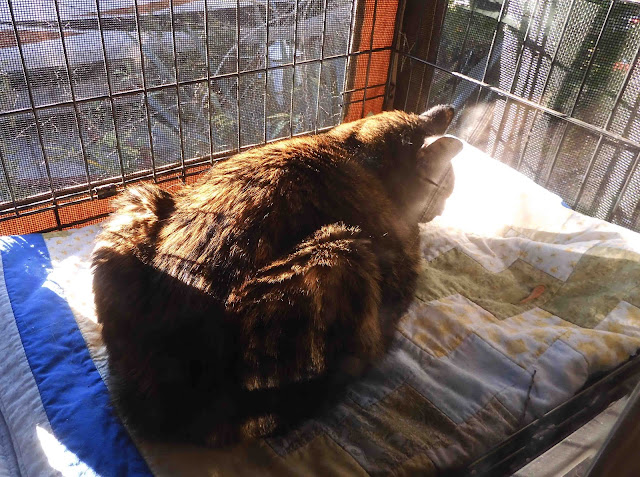 Sadly, we took down our birdfeeders. They were not visited by even a single bird...no hummers, and no seedeaters. There were birds all around and in the trees just outside, but apparently, our food wasn't enticing enough to attract any of them. 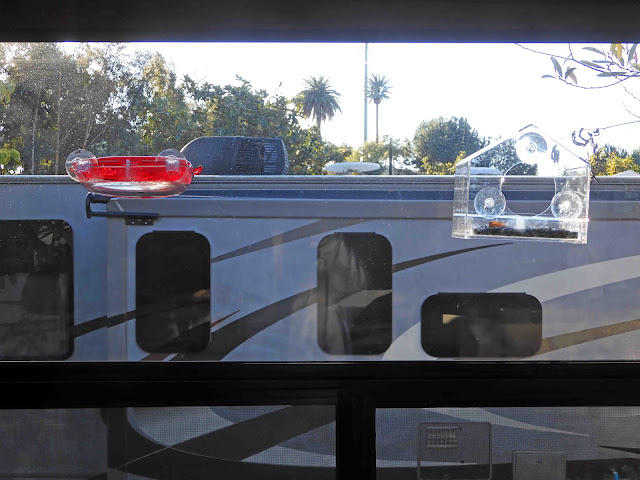 As we drove north on I-15, I snapped this image of the Lawrence Welk Resort, just to the north of Escondido. For those of you old enough to remember Lawrence Welk, he lived here for a period of time after he retired from being a bandleader. When Mike and I were living in the area, there wasn't much to get excited about beyond high school football games, and so having Lawrence Welk as our neighbor was something we could boast about in our otherwise dreary existence. 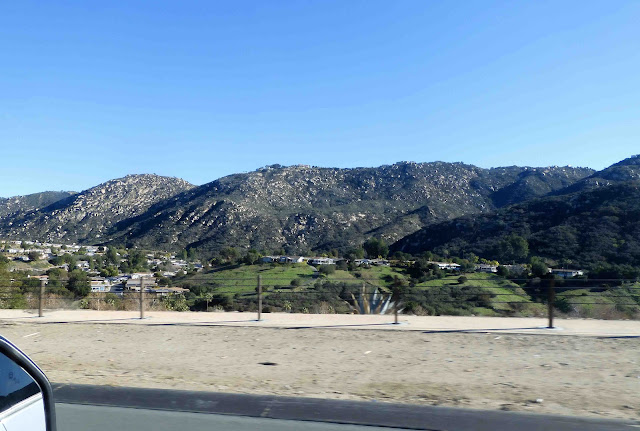 It was around 300 miles to Boulder City, and not much to see. Here's something, though...we drove through my birthplace of Corona, California. 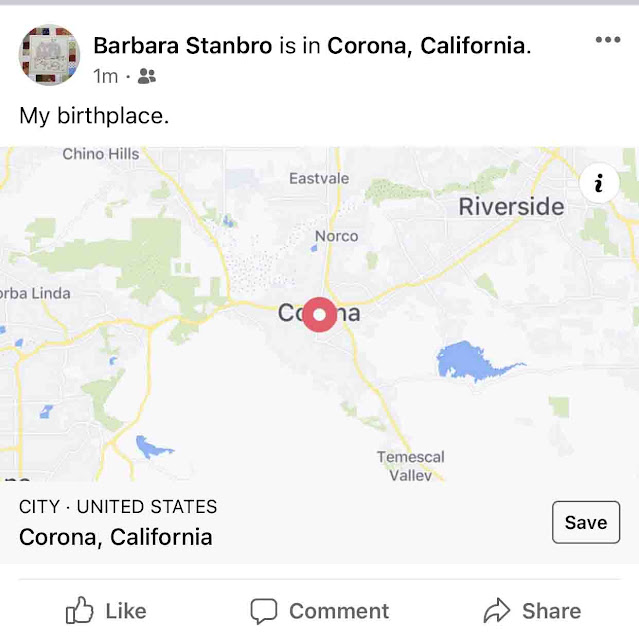 After we got out of the more populated parts of the cities, we began to see Joshua Trees. 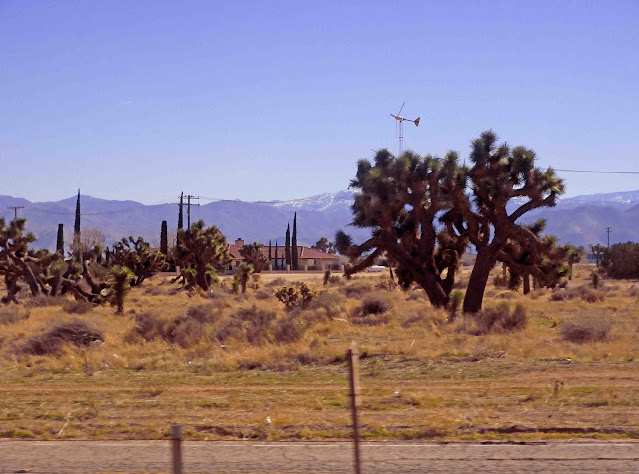 Mainly though, it was just desert in many shades of greens, browns, and tans. 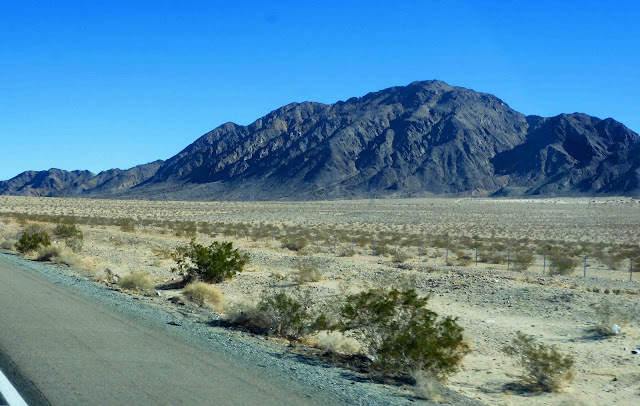 We drove this way when we visited the Trona Pinnacles a couple of years ago, and the landscape looked familiar. 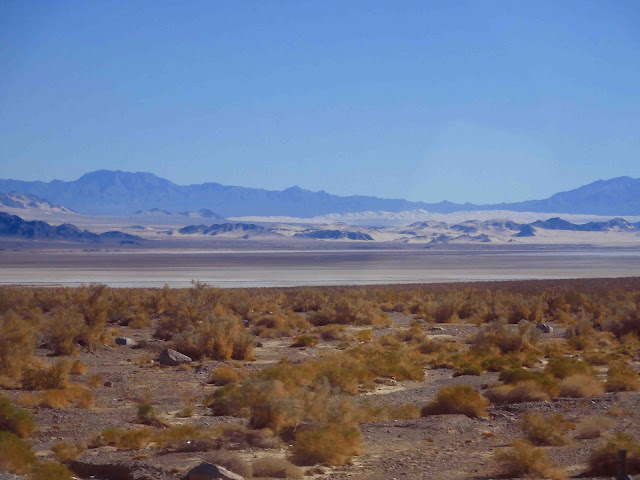 Stopping at a rest area, this crow posed nicely for his portrait. 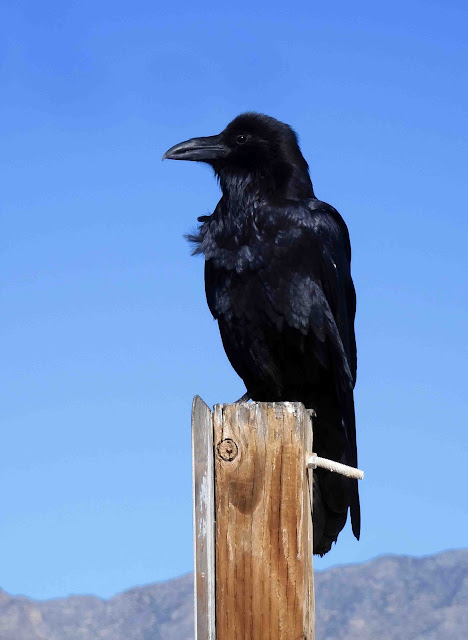 The one interesting thing we saw on our drive was this Ivanpah Solar Electric Generating System. 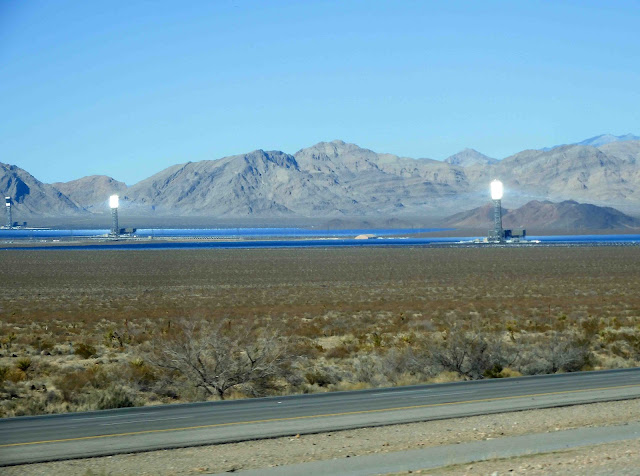 This is a 377 megawatt net solar complex using mirrors to focus the power of the sun on solar receivers atop power towers. (Mike thought "power towers" was the best phrase of the day.) Those are the big shiny objects you see in the image above. The electricity generated is enough to serve more than 140,000 homes in California during the peak hours of the day. The complex will reduce carbon dioxide emissions by more than 400,000 tons per year. Here, we were about five miles from the California-Nevada border on federal land managed by the Bureau of Land Management. The facility is comprised of three separate plants built in phases between 2010 and 2013, and uses BrightSource Energy’s LPT solar thermal technology. Cool, huh?
We were nearing the border with Nevada, and so I had to wait a bit before I could Google this to see what it was all about. After such a dull day of driving, I didn't want to miss the "Welcome to Nevada" sign. I knew we were closing in because we could see the California inspection station on the other side of the interstate. Generally, we are relieved of all of our produce when we pass through one of these stations because I can never remember to think ahead. Not on this day, though. They don't care what you take out of the state...only what you bring into the state. 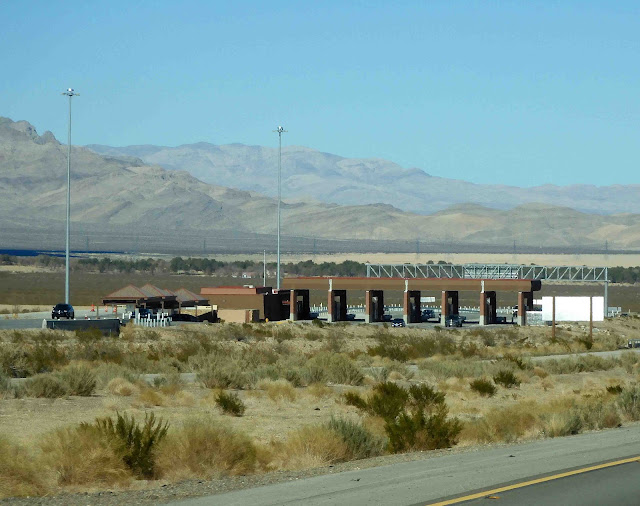 And sure enough...there we are. Hello there, Nevada! 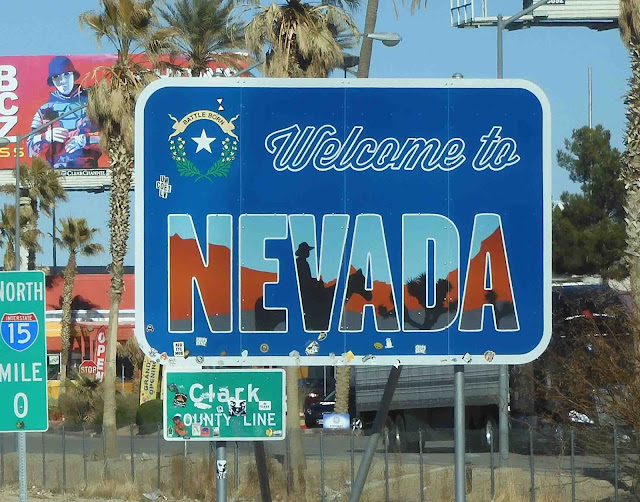 After crossing the border, it was fairly soon that Las Vegas came into view. We needed to fill up with diesel (gas is a lot cheaper in Nevada than it is in California), and then we were on our way south toward Boulder City. 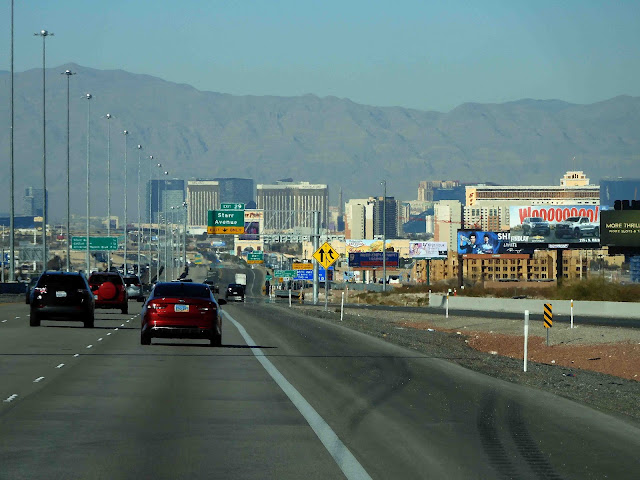 I just barely caught the sign as we drove into town. 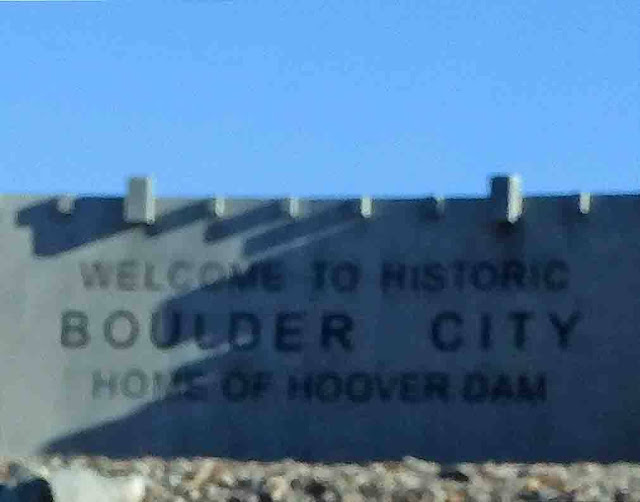 And now here we are again...birdfeeders installed once more. We are ever hopeful. 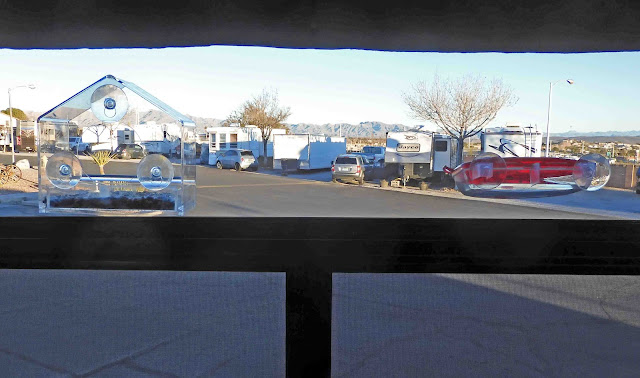 Last night we read the RV park rules in which they ask us not to feed the birds, with hummingbirds being the only exception. We'll have to take down our seed feeder. Oh well. We're not sure why they don't want us to feed the birds, but I'm assuming it has something to do with their crapping all over everything. Just a guess.

So we have no plans today. One of our trailer tires seems to have developed a slow leak, and so Mike will have to figure out what's going on there. For now, we'll just settle in and enjoy the sunshine. There are some things to explore in the area, and there is a visit to a quilt shop in the future. For the time being, we have no schedule and no plans, and that's always a good way to start off when we've just relocated to a new spot. By tomorrow we should have some idea what we're going to do next.

To move, to breathe, to fly, to float,
To gain all while you give,
To roam the roads of lands remote,
To travel is to live. ~ Hans Christian Anderson

Nice that you've arrived and can rest up for a few days from your drive.
Hope you will have really good weather for your stay and touring around...looking forward to that Las Vegas fabric shop--(will everything have sequins? ha ha? )
Hugs, Julierose

As always, beautiful pictures and awesome descriptions. I feel like I'm traveling along with you. My son lives out there, he said locals always orient themselves by the casinos on the strip, meaning compass orientation. They know which casinos are south, north, etc. Have a lovely stay.

Were you fortunate enough to get a south facing site so Sadie and Smitty can sun themselves?

As always your road trip stories are lovely, as are the adventures of your cats. I guess birdseeds give to much mess when they start to grow. Here in the Netherlands we had some issues with seeds from other continents that became a problem when growing.

Enjoy your new location with its warm temps and sunshine.

Cats need to sun themselves. Let’s hope you can sufficiently get a purrrfect orientation.

Out here in the DC-Maryland-Virginia area and maybe up the east coast they asked people to stop feeding birds because of some disease that was causing a big die-off.

I know last fall we were all told not to feed the birds here in the PNW because of some disease that was spread between birds thru the gathering on bird feeders. Maybe they have had the issue there also.

Happy memories being stirred again.....
We have Avian flu over here. Migrating birds from Europe bring it in. A majority of the swans at Stratford and our local park are affected..... I cannot imagine Stratford without it's swans on the river.
Looks like you have a good spot just there. Enjoy the day....

Glad you made it safely to your next stop. I hope the tire situation can get solved and fixed. How long will you be at this stop?

Rest, rejuvenate, and get that tire fixed. Enjoy your time in Boulder City!

Very pleased you had a safe journey to your new location.