The day held just about everything yesterday. The sky clouded over, but it didn't rain until late in the afternoon, and so we were able to get outside and do the things we wanted to finish. The highest priority item was to clean out the greenhouse. It always looks so much better when we get all of last year's dead stuff out. This year was especially messy thanks to the squirrels partying hard for most of the winter. 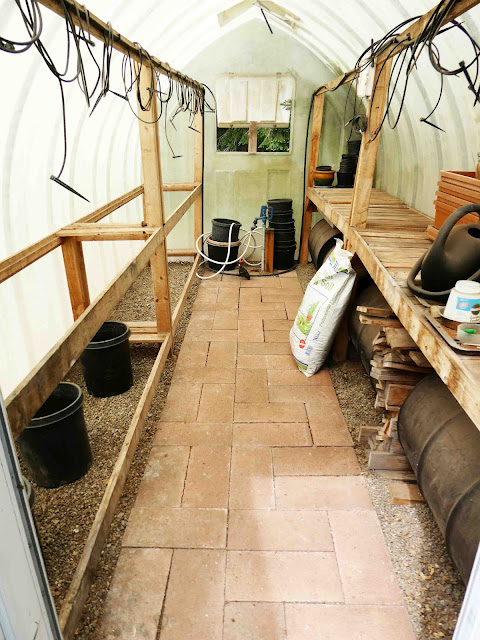 I set aside three large pots on the left to hold my cucumbers when they're large enough. I always feel a need to explain the big black drums on the right. They are painted black and full of water to add thermal mass to the greenhouse. They help keep it warm even after the sun goes down. There's access to water under the window at the far end. When we "installed" the greenhouse, Mike was able to dig down and find the main water pipe on the first try. It's very convenient having a faucet right there. We can put more slats on the left side to make shelves for plants, but I usually leave them out and set the pots on the ground so that they can grow up tall through the frames. Hanging from the uppers is the drip irrigation system.
As I walked around dumping the greenhouse residue in various places, I noticed how pretty the dogwood tree is getting. I don't think the flowers have reached full maturity yet. 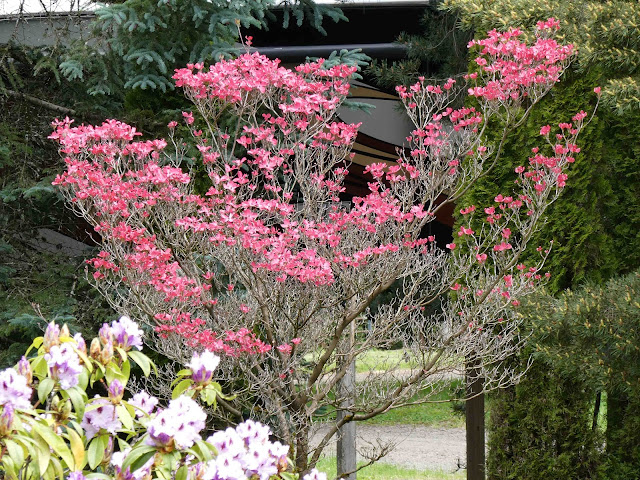 Inside, all but three of my seeds have sprouted. I replanted the three yesterday...all sunflowers. I have an idea one of the sunflower pots got an extra seed since there are two flowers in one pot. It might account for one of the unsprouted pots. Either way, I'm giving it another go with new seeds. 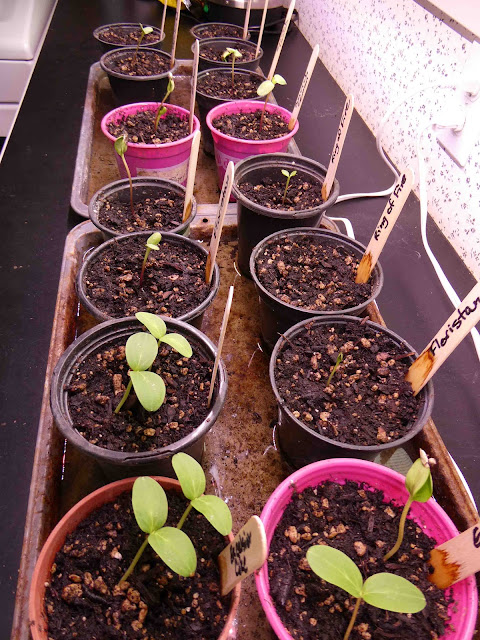 By late afternoon, I still hadn't done anything in the sewing room. I was dragging my feet about getting started something awful. Finally, I convinced myself to at least do the eyes. If I could do that much, I knew I'd keep going. So, here's looking at you... 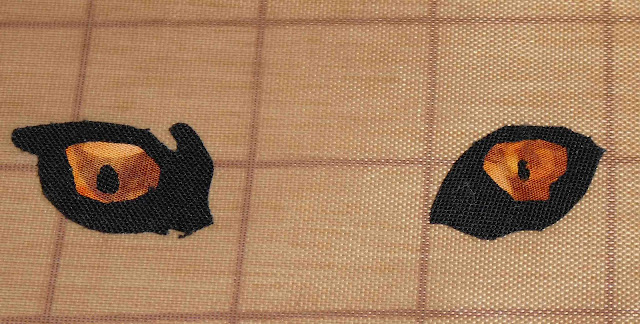 Smitty was offended when I told him it wasn't a pawtrait of him. He can't understand why I'd want to do anything else. And something other than a cat? What a waste of time, effort, and fabric. 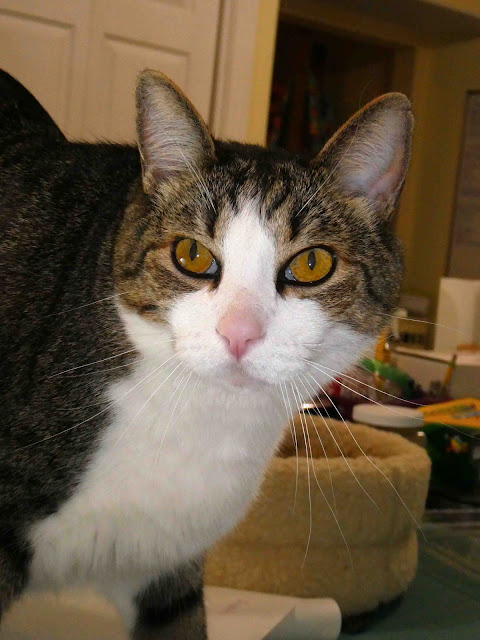 I'd done quite a bit by the time I finished for the day. There's still a long way to go. Here's another peek. 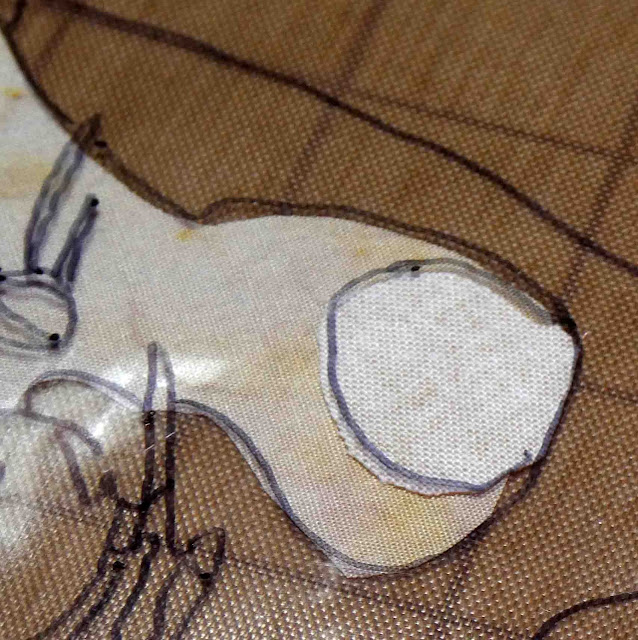 Earlier in the day, I'd stitched enough on Pieces of the Past to move my hoop again. I'll be starting on the left side of the pitcher when I pick it up today. 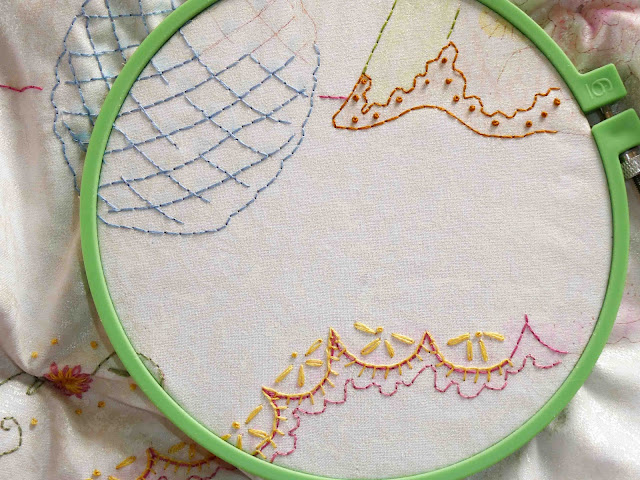 As we headed into town for our anniversary dinner, I was able to capture this shot of the blooming clover on one of the nearby farms. The clover replenishes nitrogen in the soil, but they also sell it for seed. It's so pretty when it blooms. 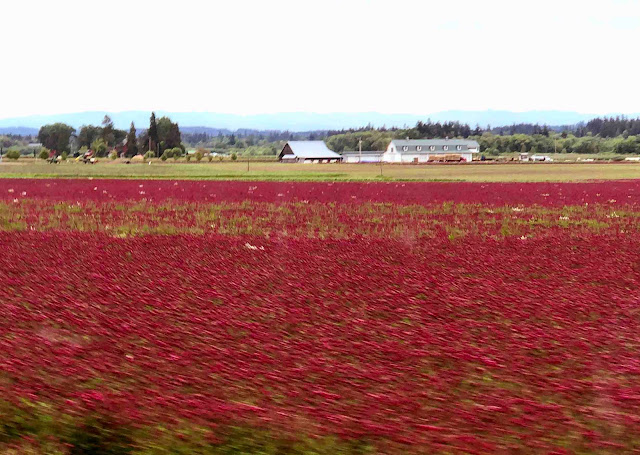 We had dinner at The Charthouse. They make the best lobster bisque, and we each had a cup to start our dinner. 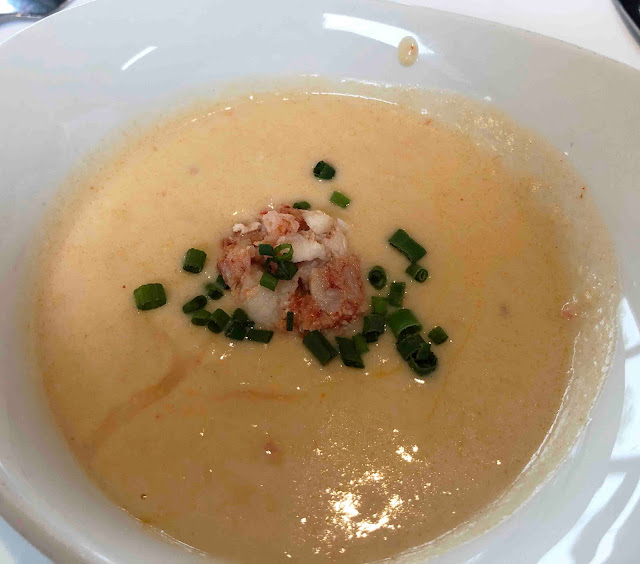 Mike ordered the macadamia-encrusted salmon It was served up so pretty, and he said it was delicious. The sauce on the left side of the plate is a peanut sauce. 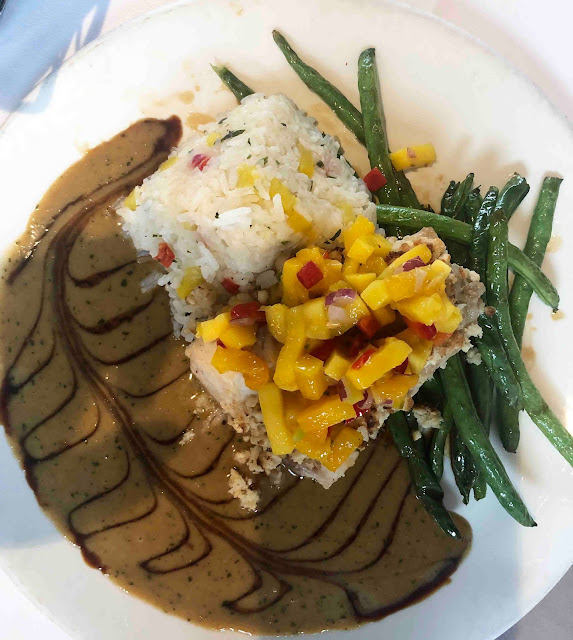 I love a good peanut sauce, and so I spooned some of his sauce onto my rice. I had the coconut-crunchy shrimp. This also comes as an appetizer, but I ordered the full meal deal. 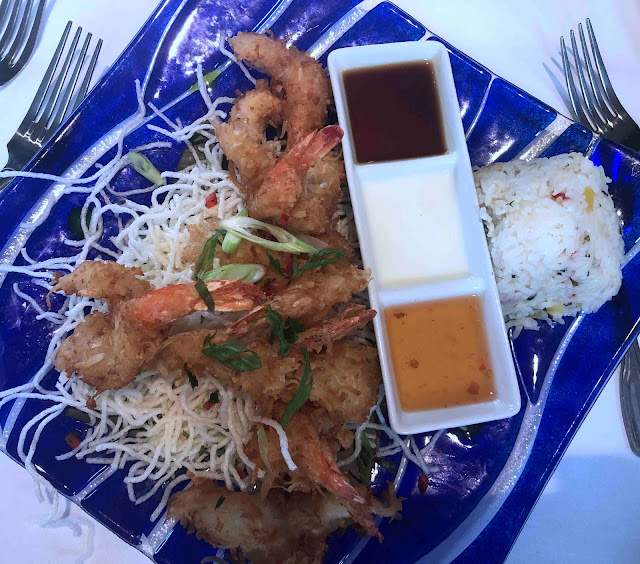 The Charthouse is famous for its hot lava cake dessert. It takes a half hour to make, and so you have to order it up when you order your entrees. We had a shared portion. It's made with Godiva chocolate, chocolate sauce, Heath bar bits and nuts. Then it's topped with a scoop of vanilla ice cream. Mmm, mmm, mmm. 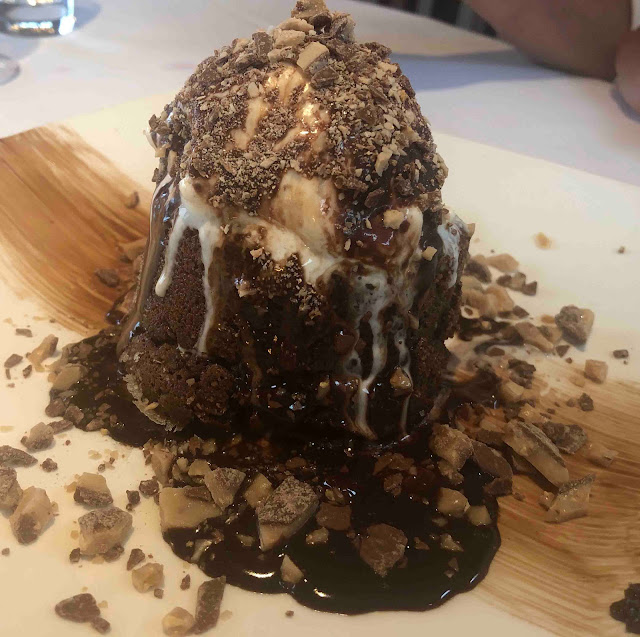 Here's what it looks like when two old people celebrate an anniversary. 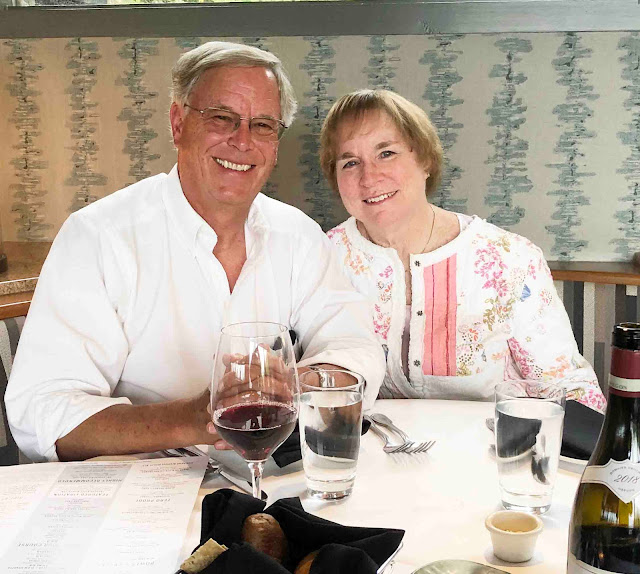 Okay, so it's wet and raining again. We're expecting rain through the weekend. I should have plenty of time to work on my challenge quilt. Some guys are coming to do more mold remediation work today. Our mold spore test was off the charts, and so they'll be cleaning and vacuuming every surface downstairs. I'm not sure if they'll be coming into the sewing room. There is no door on the sewing room...just a large opening at the foot of the stairs. It's quite a distance from the area where the leak was, on the opposite side of the basement and around a corner. I'm hoping they won't need to come in, but we'll have to wait and see. Also, an insurance guy is coming out tomorrow...first time looking at the damage. It's been more than 6 weeks since we reported it. We already have an agent looking for another homeowners insurance company. As soon as these repairs are finished, our current carrier will be losing a customer.
Posted by Barbara at 8:42 AM

We ought to think that we are one of the leaves of a tree, and the tree is all humanity. We cannot live without the others, without the tree. ~ Pablo Casals

Great photo of Mike and you!

An awesome photo of you! Happy anniversary! Looked like a wonderful meal.

What a lovely picture of the two of you. Happy Anniversary.

Your challenge quilt is quite a challenge, the left eye gave me a clue, that is until I saw the big "toenail" picture, lol. Your dinner out looked wonderful, as did you two youngsters!

Loved the picture- you are a very cute couple.

Happy Anniversary. Sounds like a wonderful day and great way to celebrate. The picture of you two is lovely. You both have such great smiles!!! I'm truly happy for you both. Enjoy and keep on celebrating for many, many, many years to come.

You did great with your seeds sprouting. I had a helluva time getting mine going earlier this year. We finally had a good rain yesterday but didn't make up for what we haven't had. The plates were beautiful..did you take home leftovers? I would've needed one.

Sounds like a scrumptious Anniversary dinner--!:)))
what a lovely dogwood--that color is terrific...
Hope the mold remediation is contained in that area; good luck.
Hugs, julierose

Very nice photo of the two of you. I think I would enjoy that salmon dinner.