Ever since we came back from our trip, I've been having a problem with my computer. Possibly elves came into the house while we were gone and made mischief. Maybe they started their own blog or something...I really don't know. But without telling the whole sad and boring story, I'll say that I've had difficulty getting access to the internet. We are a two-computer family...a leftover from the days when both Mike and I were in graduate school at the same time. A second computer seemed better than divorce court, and so we've been a "networked together" household. It's kind of poetic when you think about it. And all of that to say that his computer is working fine. Something clearly is amiss with mine.

This is Smitty while I was writing my blog post yesterday...trying to sweet-talk me into letting him out. We make them wait until later in the morning when we can be out keeping an eye on things. 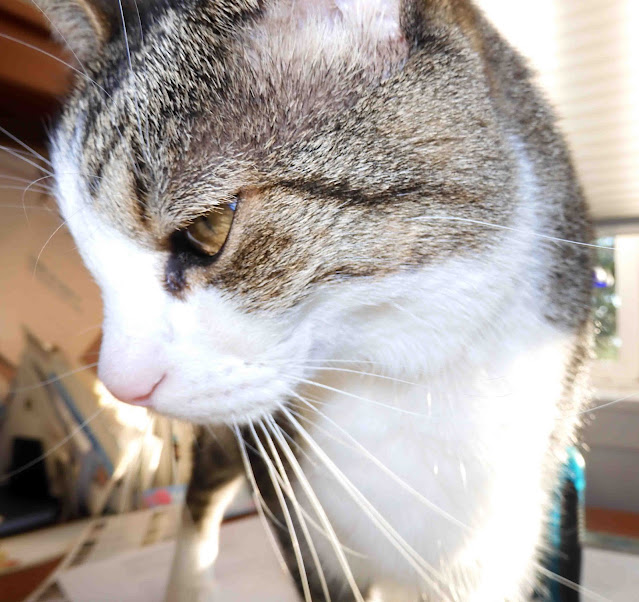 Once they get outside, it's too hot to be in the sun, and so they hang out cooling their tummy furs on the surface of the deck. 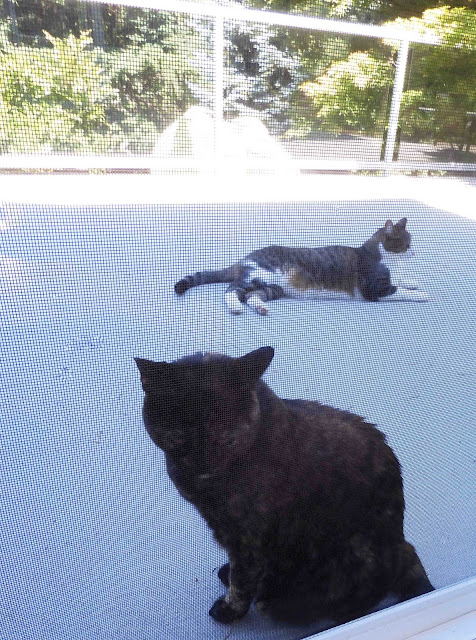 It was kind of a boringly busy day trying to get back into my rut. The computer isn't helping one bit. Everything is unpacked, and I think I can get back to my usual life just as soon as I get my hair cut later this morning. It was all slow-stitching and cutting yesterday. I turned the second corner on the farm quilt: 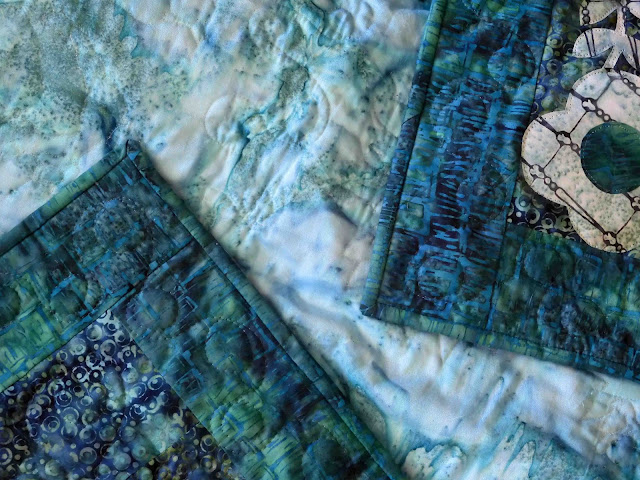 After lunch, I decided on a pattern for the new baby quilt. This is taking priority over everything else right now since I'd like to give the new quilt to the baby before he's ready to head off to college. I decided on this pattern that was published in Quiltmaker back in January/February 2011. 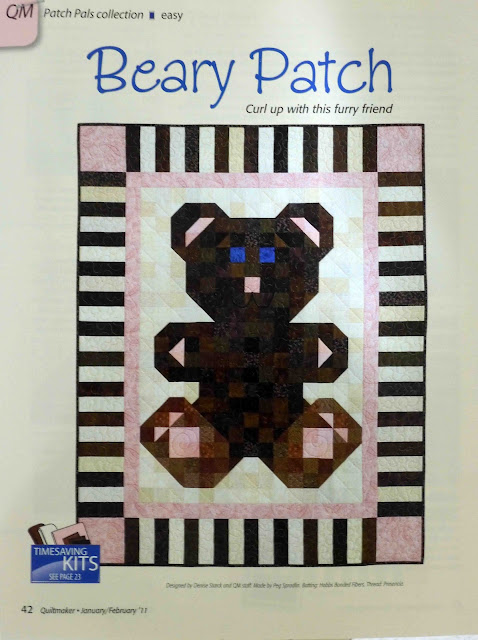 The cutting probably took as long as it'll take me to sew it all together. Now I have all the little pieces cut for the center bear panel. I'll give it a blue border and blue cornerstones since this is for a baby boy. 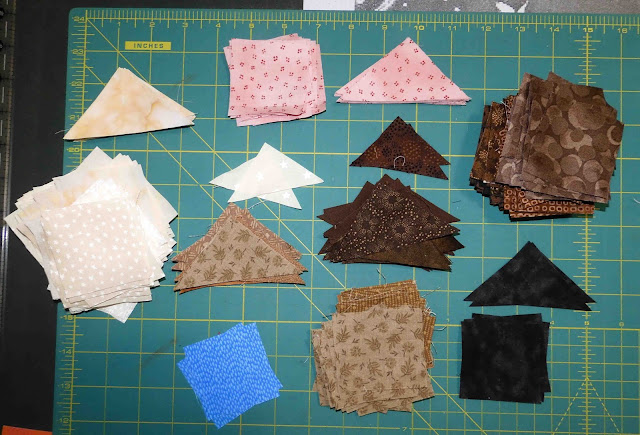 I haven't decided yet whether to do that piano key border, but I'm definitely learning in that direction.
Okay, and so I'm going to keep today's post short since the computer is still acting funny. Out with the old and in with the new, as they say...only we're going the other way round this time, bringing back the old before things started being weird. Maybe tomorrow's post will go a little more smoothly.
Posted by Barbara at 7:57 AM

Today's quote is from me: Isn't technology great? I remember the days of Rolodex...and that system *never* went down.

Little Bear Quilts looks like fun! Sounds like a new computer is in your future. I hate these updates they constantly force on us which always mess up everything we've carefully learned from the previous update a couple weeks previous. Still I guess better than pony express days.

Sorry to hear your computer is giving your grief. I always think those darn computer mice just like to remind us who is King of computerland! Your plan sounds like a good one, but if that doesn't work possibly doing the trick to disable your network hardware and then enable it again? Sometimes disable/enable hardware related to the problem has worked for me. Otherwise, your post is very cheerful. I like your Bear quilt design and fabrics you selected.

Good luck and may the wired and wireless elves behave!!

Cute little bear pattern--that IS a lot of cutting...but now you are already to go!!;))
Sorry about your computer gremlins...that is so frustrating...hope all will be well now...hugs, Julierose

Maybe it was the squirrels - they found a way in and got on your computer. Ha! Computer woes are no fun. Hope you get it figured out soon. I need to go back and read your previous post - I just remembered I got interrupted while reading it and never got back there!

Aren't computers a pain!!! We have at least 5 computers (not including my laptop), plus phones, and the guys also have tablets and who knows what else using internet (hubby does work from home, and one of those computers is his work computer with 3 different screens connected to it). ComEd is always sending us notes that we use more electricity than our neighbors (don't even mention the 2 fridges and the deep freezer). Hope you get connected soon.

Wow. It has never even occurred to me that Jack and I could share one computer, or one car, or one bathroom. I had to sit back hard and ponder (again) how spoiled and fortunate I am. And isn't it funny how upsetting it is when a computer isn't working right, when it was not that long ago that we had no use for them. It is hard sometimes to remember life without them.

I have a whole book of those Quiltmaker critter patterns around here someplace... Had not thought of it in ages!

Sorry about your computer issues - I'm sure you will figure it out (probably already have because I'm a day late!). Must say I love the bear quilt - perfect for a little one.